Project on the introduction of ECLI in Bulgaria

Bulgarian case law is already accessible through the ECLI search interface on the European e-Justice Portal. In the scope of the implementation of the ECLI-BG Project, an interconnectivity has been established between the Centralised Web Interface for Publication of Judicial Acts (a.k.a. ЦУБИПСА) created and maintained by the Bulgarian Supreme Judicial Council and the ECLI Search Interface managed by the Directorate-General for Justice and Consumers of the European Commission. Due to this interconnectivity the Bulgarian court decisions, which are published in the Centralised Web Interface, are now available for all legal professionals, citizens and businesses in the EU, thus making Bulgaria the 14th EU Member State enabling its court decisions to be accessed through the ECLI Search Engine.

The ECLI Search Engine is an online service for searching decisions of courts of the EU Member States. Within the scope of the service fall decisions with assigned European Case Law Identifier (ECLI) and metadata information according to the ECLI standard. The search engine provides access to judicial acts of those Member States which not only have implemented ECLI, but also have ensured an interconnectivity between their national data bases and the European e-Justice Portal.

In Bulgaria the establishment of the interconnectivity between the systems took place mere 4 months after the implementation of ECLI in the Centralised Web Interface in April 2018. To this end “Abbaty” JSC, in its capacity as a subcontractor to the ECLI-BG Project implemented by APIS Europe and The Union of Bulgarian Jurists, has developed a specialized integration module which fulfills the task to interconnect the national Centralised Web Interface and the ECLI Search Engine.

Initially, the integration module has delivered for indexation to the European e-Justice Portal the court decisions of the past 10 years. After their indexation, which is expected to be finished by mid of September, a daily data delivery will start for all newly published acts in the national Centralised Web Interface. The full amount of the Bulgarian case law available on the ECLI Search Engine is expected to reach some 1,7 million acts. This would include all judgments and orders rendered since 2009. 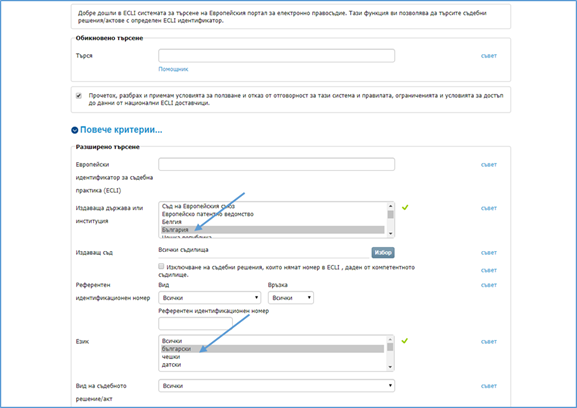 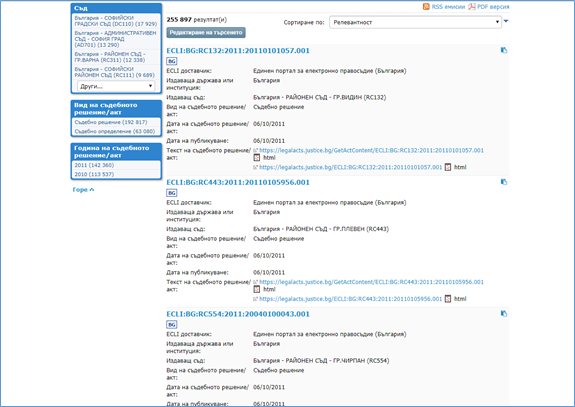